Meadowlands Festival, a newcomer to the circuit, had a couple of issues in its infancy namely sound bleeding. This was most noticeable on the -hidden away- BBC Introducing stage making it occasionally difficult to hear the quieter sections of songs without the disturbance of heavy bass from the two larger stages.

Another gripe which may seem a tad petulant but really never gets the day off to a good start was the delays at the entrance. As festival-goers waited eagerly to be allowed through security was held for around 30 to 40 minutes with no information being provided on when the lines would begin to move. This isn’t a huge issue but when the sun is bearing down on you and there is no water access it can become tiresome very quickly.

Headlining the day was legendary live performer Gerry Cinnamon for what was possible to be one of his biggest performances outside of his native Scotland to date. Accompanying Gerry was an eclectic mix of artists including The Kooks, Reytons, The Mysterines, Black Honey, Dylan Scott Thomas and Zuzu. This brings me on to something I felt unable to ignore on the day, this mix of artists perfectly demonstrates how not all indie is the same.

Where of course Gerry was the main attraction it seemed a challenge for quite a few artists to get the crowd on their side causing a bit of a split in the crowd. Numerous times during Black Honey, The Mysterines and Daisy Brains set there wasn’t the response or the engagement perhaps the artists would normally expect.

By no means is this a criticism of the artists, booking team or the festival; the mix of artists was ambitious and notably provided a platform for a greater proportion of female artists compared to other festivals. The wide selection of music and tastes is something I will always encourage and I admire the ambition of Meadowlands Festival.

Notable mention to Daisy Brain who was my stand-out act of the day. The energy brought to what was a difficult crowd was immense and as a newbie to the festival circuit, they held their own.

One artist in particular who impressed me before the festival was TikTok star turned musical prodigy Michael Aldag; I, therefore, jumped at the chance to have brief chat with Michael before his set in the afternoon on the BBC introducing stage.

Michael, welcome to Meadowlands Festival! You’ve arrived on the scene in quite an unusual, or perhaps new way through TikTok. How has that transition been?

MA – “Yeah, it’s an interesting question. I think like you said it’s becoming less and less unusual. You see with Sam Ryder especially you know coming from TikTok, he’s done Eurovision and whatnot, it was a path that I thought was super unique to me but the more you look around you realise no actually it’s not. I’ve been doing music since I was 7 so it’s not as though I’ve just started it when I got big on TikTok, I was doing it anyway and TikTok has just helped.”

Have you found that your success on TikTok has translated to your music?

MA – “I’d say yeah, music isn’t for everyone, but a lot of people seem to like it.” Getting amazing opportunities like this and touring with Bastille for sure they’re credit in themselves.

You’re playing on the BBC Introducing stage today. When did you first start working with BBC introducing and how have they supported you so far?

MA – “Very early actually, like earlier than any of the TikTok stuff, I’ve been supported by BBC Introducing since I started uploading my music at 14. Dave Monks in Liverpool and the team down here have given me so much support and obviously the slot on today’s festival I am eternally grateful to the BBC.”

Speaking of your support back home. It seems to me that Liverpool has had somewhat of a cultural resurgence in recent times. seeing a lot of artists like yourself coming out of there the last couple of years in particular. Why do you think that is?

MA – “I think it’s overdue, obviously you’ve got The Beatles which is both a blessing and a curse. I’m from just outside the city but I’ve grown up there, all my gigs from the early open mics have been there. It’s a very dear place in my heart. In terms of the resurgence you’re talking about, yeah, I think there is a lot of great stuff coming out of the city at the minute and I’m just grateful to be playing a part and doing some justice to its heritage.”

What is next in the world of Michal Aldag?

MA – “An EP, six tracks coming out in September called Socialising… I think unless that gets vetoed by mum or my sisters, they’re big supporters but also my biggest critics. But anyway, half the set today is from the coming EP and I feel like it’s a good picture of where I am artistical -without being a cliche-.”

Gerry Cinnamon closed the day with an as-ever stellar performance. I don’t think there are any questions left over Scot’s ability to play the big festival stages. What makes Gerry so perfect for headlining day festivals like Meadowlands Festival is the loyal fanbase he brings with him. Not just the sheer numbers but the excitement from the start of the day from hearing him finishing his soundcheck to the sky being painted technicolour with smoke bombs throughout What a great way to start the summer.

Meadowlands Festival definitely has a big future ahead in making itself an established name in the festival calendar. I look forward to seeing what they bring for 2023! 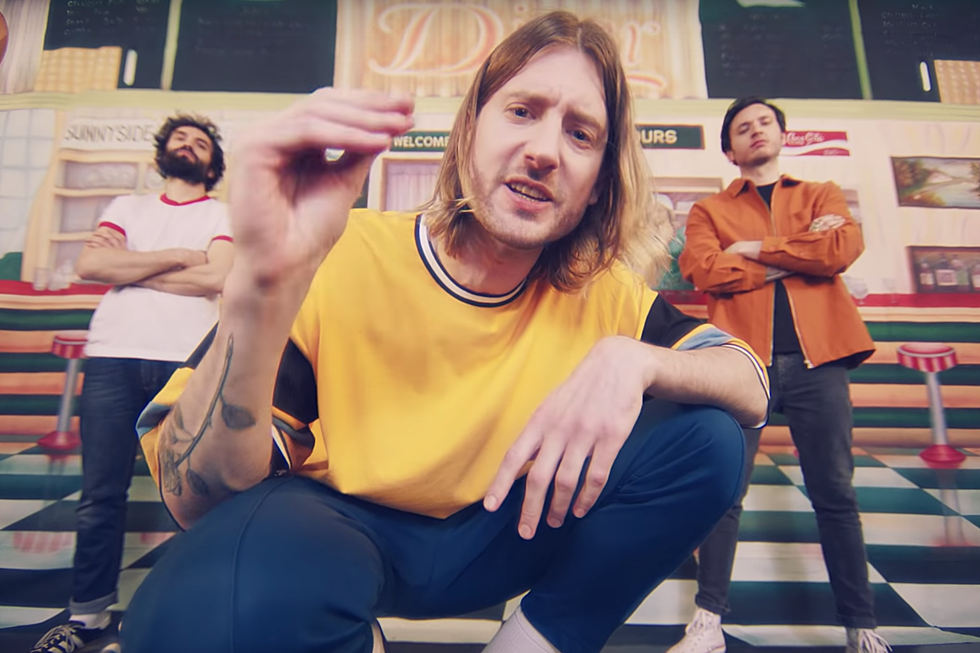