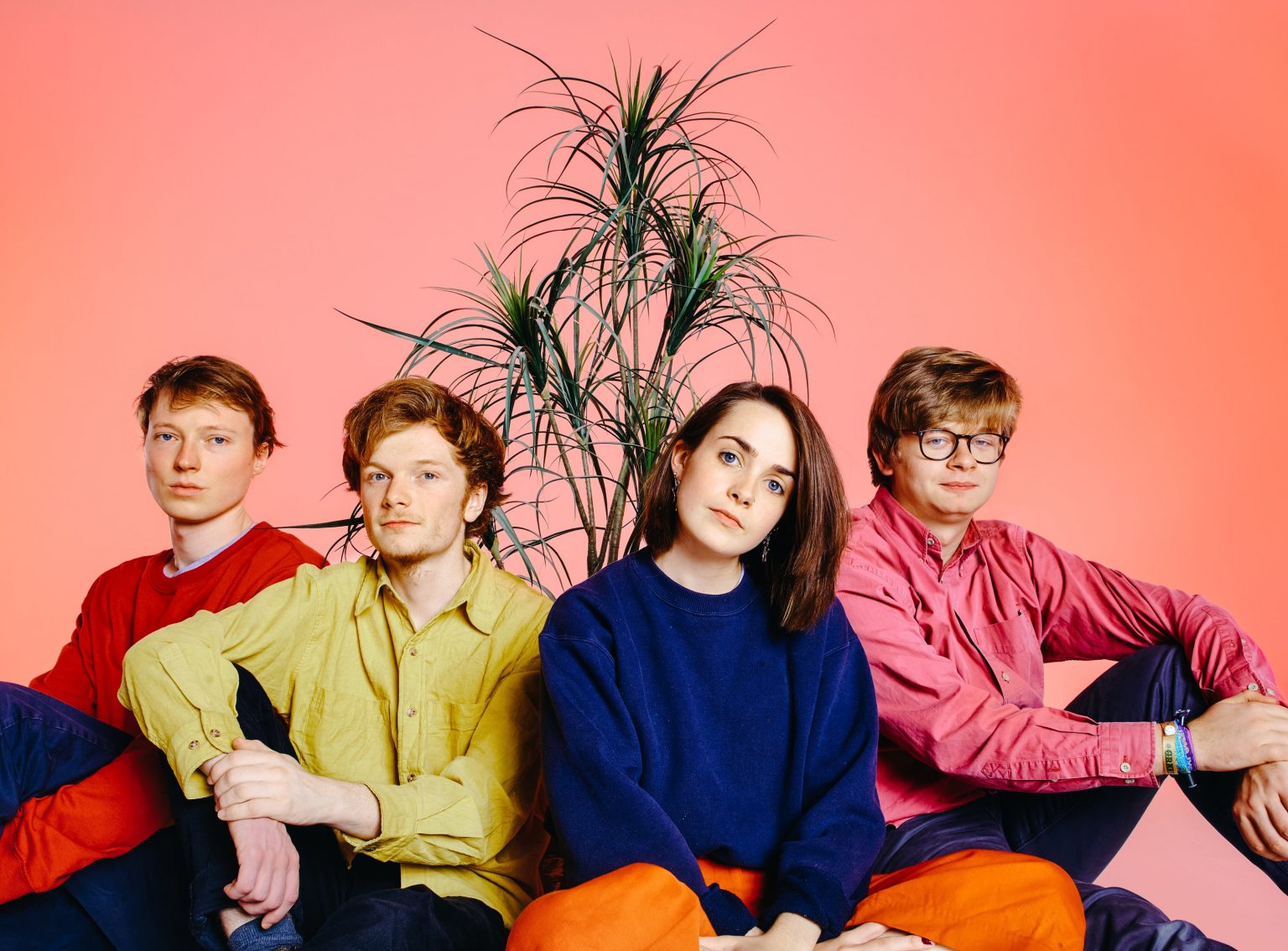 I know 2019 was an exciting year for the band with the releases of Honey Bees and Film both being met with considerable acclaim, what can your fans expect to hear from you next?

We’ve got three new singles, that we’ve just recorded, yeah so hopefully will be releasing them soon, that’s the plan.

I’ve read that when writing you’ve taken inspiration from David Bowie’s lyricism techniques, with your new singles did you repeat that or take a different approach?

We only did that for You’re Not Listening, which was really helpful as we had lots of words to say but didn’t know how to structure them. With the three newer singles they’ve been a bit more second nature, just letting things come out in the room and then not think about them too much.

Many described your debut album as resembling folk-pop, and your newer tracks blending more into indie rock, how would you describe your new music?

I think it’s a bit more cohesive and there are three very different songs and they’re all different but I’d still say indie pop.
Little bits of dream-pop in there, I think we were saying before that it’s a type of happy medium between everything’s we’ve done so far, I think the first lots of releases were very dreamy and wet sounding and the next one was a bit more… I don’t know whatever that is, these are somewhere in the middle as we spent less time in the songwriting rather than arranging it in silly ways.

Would you say that comes with practice or did you know you were going into it like that?

I think so, I think we’ve learnt what works with us and how we write together, it feels a lot more natural now
The other thing as well was that when we were at college we were writing and rehearsing in different locations but I think there’s something to be said that the new songs were written on sleepy wet miserable Friday mornings, (they laugh) in a very small miserable looking room.

I first heard your music on BBC Introducing Mixtape and then again on your live sessions on YouTube, how does it feel knowing your music has reached so many people?

I think we take that as quite flattering, it’s was great that we were on the mixtape and I guess It gives us more confidence, and it’s lovely whenever someone says they like our music, it’s all really great.

"Sleepy but uplifting...The other stuff we used to do was show we could be clever, whereas now we try to keep the parts just a simple as we feel they should be, not over complicating things."

I know you probably get asked this question often but Anna, what inspired you to start playing the harp and then incorporate it into a band scenario?

I started playing in sort of primary school, I’m from Edinburgh and I just got really into folk music and traditional Scottish music, when we met I still played and I think we thought, why not, it meant we didn’t need to refine to classical music or rock music, a go-between.

A question now for all of you, if you could describe your new tracks in three words what would they be?

Sleepy yet uplifting, there you go, sleepy but uplifting, that’s three words… I think they’re the most lighted hearted, they’re both happy…In a sleepy kinda way, I think also it was the most fun recording it, more going with what we first thought rather than overthinking everything.
The other stuff we used to do was show we could be clever, whereas now we try to keep the parts just a simple as we feel they should be, not over complicating things

Now to the last question, a bit of a fun one, If your band could be called anything else what would it be?

(laughing) We often get misread, my favourite one of those was dying starvation, there you go.