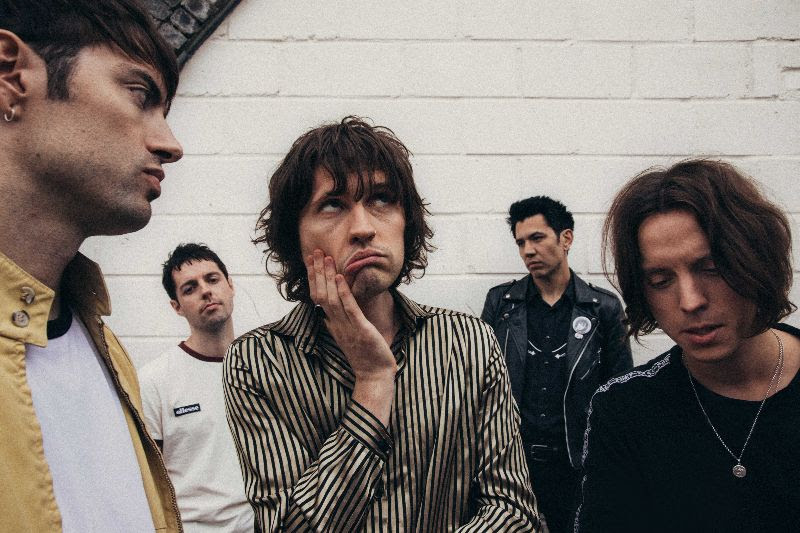 Your new tracks are getting playlisted left, right and centre, how has that been for you? Have you found an increase in listeners?

It’s been pretty cool! We’ve gone from about 10k monthly listeners to nearly 100k so it’s definitely had an impact. The hard part is keeping those numbers up once all the singles are out!

New album baby, has it been a long time coming? When did you start working on it?

It has been a fairly long time coming yeah! I think the first demos were written in 2017. And there’s been a whole bunch of roadblocks since then. We didn’t release a single thing for the whole of 2019 cause we were playing so many shows. So we were eager to get the record out in 2020, and then covid hit which messed up a lot of shit. But we figured it out, and fortunately, it’s coming out November 20th.

One of your recent releases was power-pop rock track Baby Drummer, which was accompanied with an amazing music video featuring you all in a claw machine, how did this come about? And how difficult was it finding replica dolls of yourselves?

Thanks a lot! Well, I had that idea back at the beginning of 2019, and I bought the grabber machine off eBay pretty soon after. But then I never got round to making it cause of shows and the lack of any release plans etc, so this huge machine was just sat in my garage for nearly 18 months before I actually started trying to figure out how the fuck i was going to do it. After getting the machine I found a guy in London who prints 3D models, so we booked in with him to have our 3D images scanned. And yeah long story short, I had about 18 months to make it, but I left it right until 3 days before the release deadline to try and edit the whole thing. It was stressful! I can’t seem to work unless I’m under pressure!

"Somebody, somewhere wants live music dead, and they're doing a pretty good job of it."

What are your thoughts on releasing an album during lockdown/isolation? Are you going to attempt to play any live shows or would you rather wait?

To be honest it’s not been that bad. Obviously not playing shows sucks but everyone losing their jobs has freed up a lot of time for us to focus more energy into doing band stuff. We’ve agreed now that we will only ever release albums in the middle of a pandemic. It’s going to be our trademark.
I don’t really want to play live shows under these new rules. Sitting in a van for 10+ hours going over to Europe just to have a bunch of people sitting at tables doesn’t really do it for me.

Is there a particular place you’re most excited to play once gigs are back in full swing again?

Netherlands, Germany, France. Basically anywhere in Europe. People out there love alternative music so much, it’s a pleasure to play for them. Would like to play Russia too, we seem to be getting a lot of streams from over there. Just gotta hope that if we make it through COVID that Brexit doesn’t swing in with a sucker punch. Somebody somewhere wants live music dead, and they’re doing a pretty good job of it. Thank god we’ve got the Ramones It’s Alive record to remind us of better times.