“It’s time to eat the nuts!” – Why Generation? Meets The New Twentys 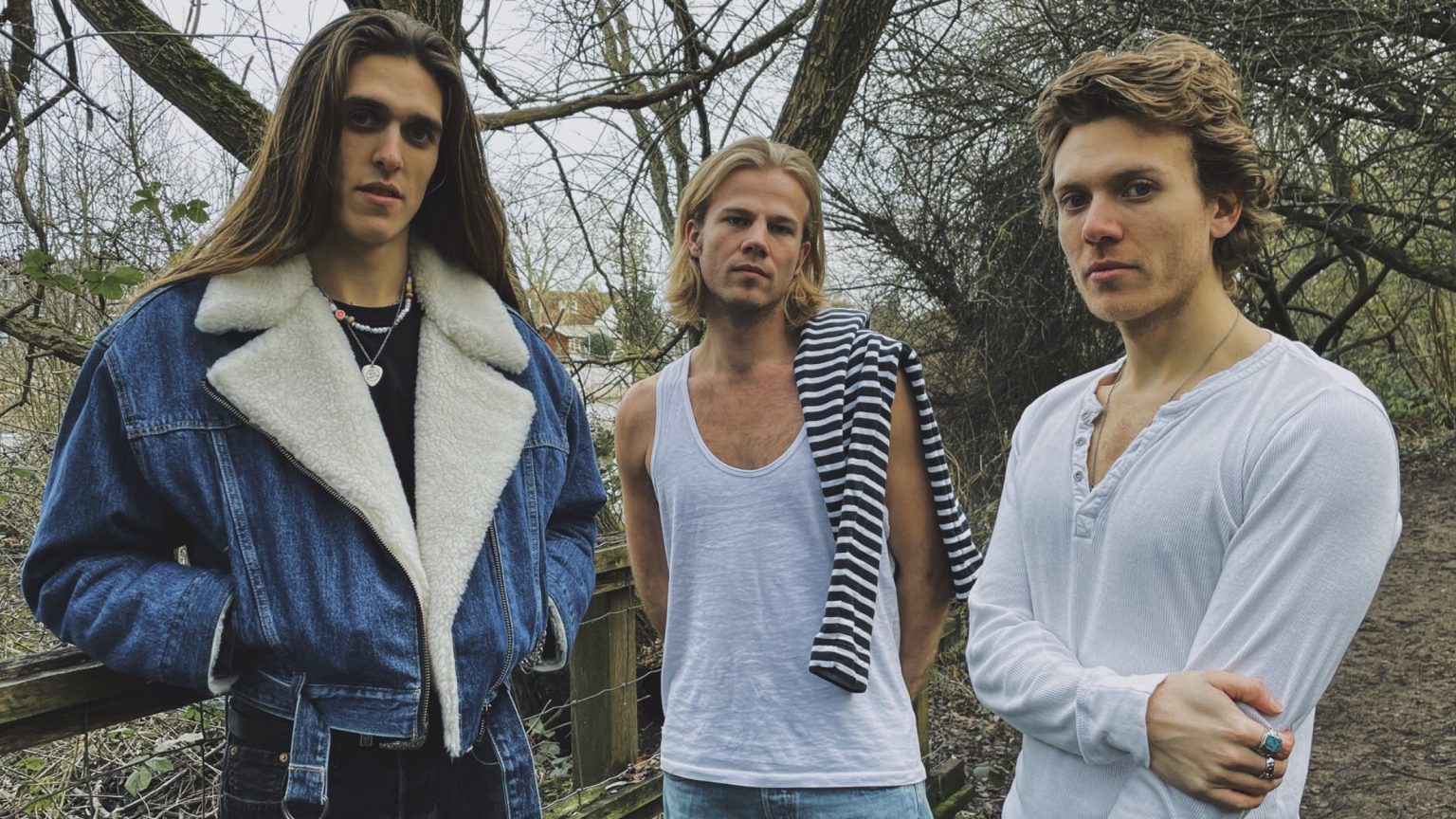 A few days ago I got to chat over zoom with indie-pop rockers The New Twentys, made up of brothers Jimmy and Harry Morris, and Chris Bourne, to find out more about the new project, their single coming out next week, ‘You Got Me Good’, (a warm, uplifting song that will bring some light into these dreary days), and how the band went from playing in other projects to forming The New Twentys.

Calling from their perspective homes of Cornwall (Chris) and London (Jimmy and Harry), the band’s charisma shone from the start of the call, each introducing themselves, whilst welcoming me, displaying their eagerness to start answering some questions.

How are all of you? Are you enjoying lockdown?

Chris: Is enjoying the word?

Okay, are you surviving lockdown?

Jimmy: I think it’s gone on a bit long now. It was good for a bit, when it first started I was listening to music every day, making a plan of stuff I wanted to educate myself on, working out every day, but now it’s all fallen by the wayside.

Chris: Yeah it started off as a holiday and now it’s become like lockup abroad.

So what I’ve seen, this band is a fairly new project for the three of you, you’ve released two singles so far with a new one coming out next week. When did The New Twentys originally form?

Harry: So before we were officially a band, we were writing and recording songs together but weren’t really sure what we were doing with them. It was probably going to be for a project that Jimmy and I were doing before this, but that kind of fell apart as this project grew, and we were like actually, this is the band, let’s make this the band.

Chris: I met Jimmy and Harry through going to shows in London and they had their own music thing going on, so it was more let’s just hang out and have a writing session which would’ve been more for their thing, but then it kind of morphed into its own thing.

Harry: So it’s been behind the scenes for like a year and a half, two years now and about a year since we decided to properly form the band.

Jimmy: We’re like squirrels burying nuts, creating all these songs over the past two years. And now we’re hungry and are digging them up.

Jimmy and Harry, whilst growing up, did you always wanted to do music together?

Harry: Yeah, we’ve done music since we were really young just doing random little things and then we came together properly as teenagers when we were ready to take it more seriously.

"...a love song doesn’t have to be soppy or over the top, it can just be honest." 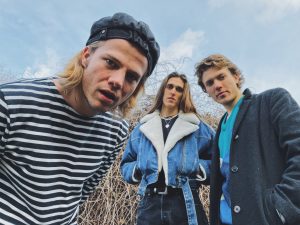 Chris: I was in a band in America from when I was like 17 for about 5 years, it was like a Disney, pop-rock thing, and that band supported McBusted. And then it was kind of the same old story, the band came to an end, and I came back to England.

So between that band and this band, I was trying to be in the music scene and was going out and meeting people and writing songs, and it got to the point where I kind of realised I couldn’t really claim I was a songwriter if I wasn’t singing my own songs.

And I was going on the road with Busted, McBusted and then Mcfly, as a merchandise seller so I was at all these shows with thousands of people attending and saw an opportunity to promote my own stuff to them, so I found a hustle, where I was selling the bands merch but also going outside and meeting a bunch of people and giving them free merch to try and turn them onto the music I was releasing.

I’ve seen you name your influences as Talking Heads, The Clash, but I personally wouldn’t say your music fits into the same category as those bands, so how would you describe your sound?

Jimmy: So The Clash were in that time of like chaotic energetic shows, spitting on stage and stuff, but as they got older their songwriting became really melodic. Like if you listen to Rock The Casbar, you realise they’re more then just a punk band. So we feel like we’re kind of like that, like somewhere in the middle. If you pick out their most popular songs, those are probably the songs we like the least, we like the ones that feature great songwriting, where there’s a grit and energy but it doesn’t have to be angry, or a love song doesn’t have to be soppy or over the top, it can just be honest.

Your new single, ‘You Got Me Good’ is out on 26th February, can you tell us a little bit about it?

Harry: Chris met this dope photographer guy called Sam when he was on a trip out in Minneapolis, and then Sam flew over to England and we all became friends with him and ended up working together, shooting photos and stuff. And then he phoned me up one night and was telling me about this girl problem he was having, and I ended up having a two-hour conversation with him about his girl problems and suddenly all these lyrics just came to me. And by the next day, there was a rough demo of the song, and we carried on working on it.

Chris: It’s funny, because it was written about this situation he was in at the time with this girl, and what he was going through, and he’s still in that situation with other girls in his life now.

Harry (laughing): Non of the girls are going to know if the song is about them because it’s happened with so many of them.

And lastly, 2021 is still looking a bit vague at the moment but do you have any plans that you’re hoping will go ahead?

Chris: The thing is, you can speak to someone and they’ll be like, “oh yeah man, shows are going to happen in August,” and then you speak to someone else and they’re like, “oh shows aren’t going to be back till 2023”, so it’s not really a time where you can go out and book a headline tour or something. But from the emails we’ve had, at the moment it all seems like it’s going to happen at some point this year. So we’re keeping options open and the second we know that something is happening, we’ll be all over it.

Harry: What we do know though, is we’re still going to be releasing music every 6 weeks regardless of anything else, the songs are recorded and ready to go.

Chris: We’re squirrels remember, we’ve got all our nuts ready to be dug up.

‘You Got Me Good’, the latest single from The New Twentys is out on 26th February.