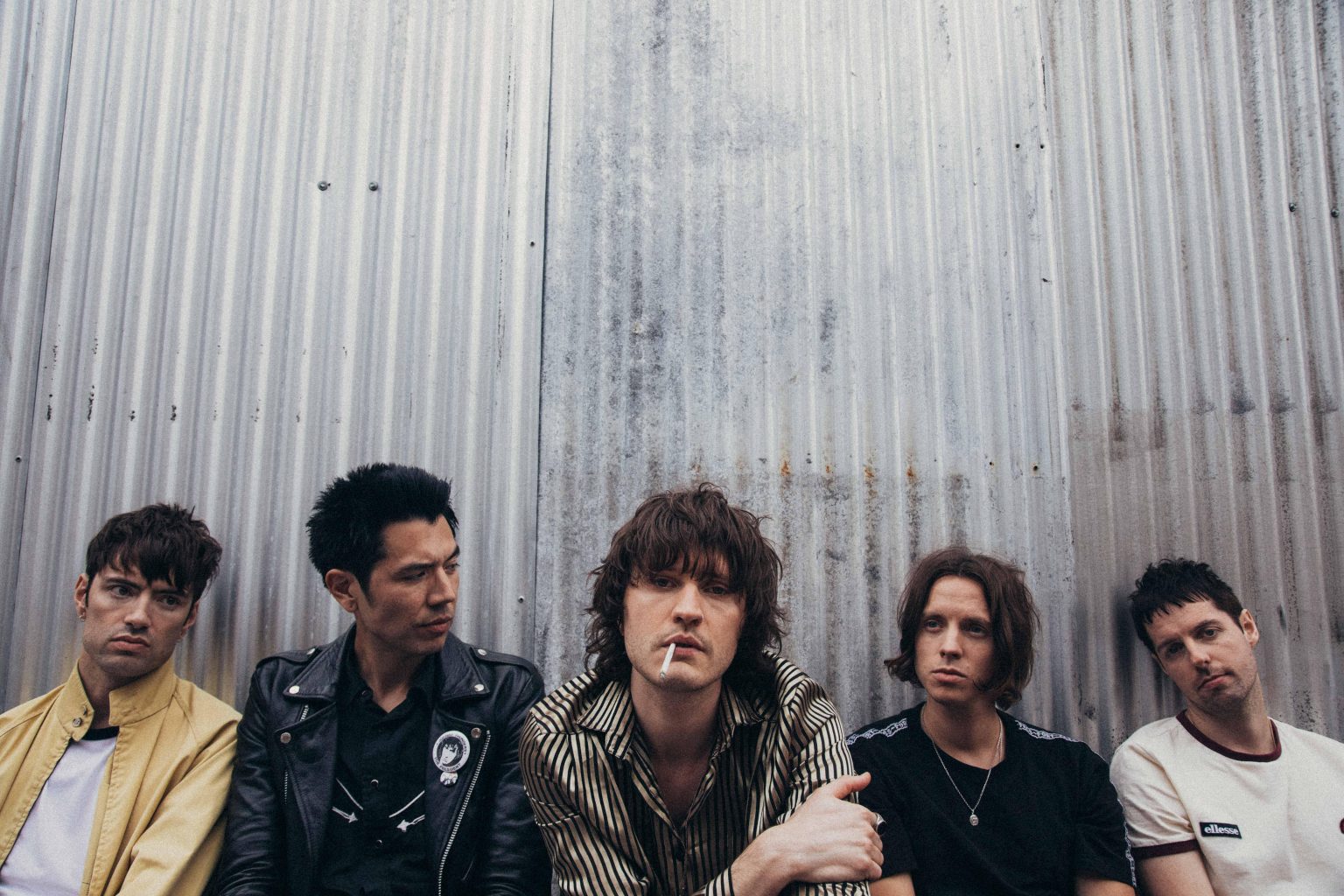 So first of all, how was your set today?

Bobby: It was good it’s quite strange getting used to being on stage again but I loved it.

Jon: I kind of approached this one differently because after having so long off, there’s no point going out and not enjoying yourself. What would be the point in that, first time back in ages and you have a terrible time?

Bobby: We try to say to each other, no matter what kind of show we’re playing, that we’re going to go out and have a good time. Especially for a festival set when you’re only playing for half an hour and it’s so much hassle getting to the festival and setting up, it’d be a waste of time to not enjoy those 30 minutes on stage.

Your album came out on the 25th of November so during lockdown, how’s the reception of it been?

Bobby: It’s weird when you’re in a band, you’re not really aware of what people think of you

Jon: You think everyone hates you to an extent until someone tells you otherwise

Bobby: And it was actually received really well which was so nice. Well, it seemed to be, I’m sure there are some people that hated it.

Jon: But in general the people who like the style of music seem to really enjoy it. Last time we played Reading Festival we didn’t have an album so it’s nice to be back with one. And prior to the album, we hadn’t released that many songs, so it’s been cool to come back and know people have heard our stuff and are excited to see the songs live.

Bobby: It was cool as well because you can really notice the difference in how many people seem to know us. Especially today I saw loads of people singing along which was cool.

"As much as there is a time and a place for chilled out music, when you’ve been locked in your house for 18 months you don’t want to listen to Mumford & Sons, you want something that’s going to reflect the way you feel."

Was it weird releasing an album and not being able to tour it?

Bobby: Everyone said to us do you want to release it now in the middle of all of this. And it was one of those things where we had been building to put it out for so long, that by that point we didn’t give a fuck, we just wanted it to be released.

And also we’ve been playing most of the songs on the album prior to COVID-19 so it wasn’t weird to put it out and not be able to play it but it just felt really good to get it out.

Jon: It kind of felt like it would go one of two ways. It would either just get lost in the COVID-19 mess and no one would care about it, or it might just be what people are looking for at this time and it kind of turned into that. We’ve got some really cool messages about it and some really cool support.

Bobby: I think as well because of how everything that has happened, people are angry, people are pissed off and as much as there is a time and a place for chilled out music, when you’ve been locked in your house for 18 months you don’t want to listen to Mumford & Sons, you want something that’s going to reflect the way you feel. Something heavy, something fast something that’s going to make you think fuck this. And people kind of got that with this album.