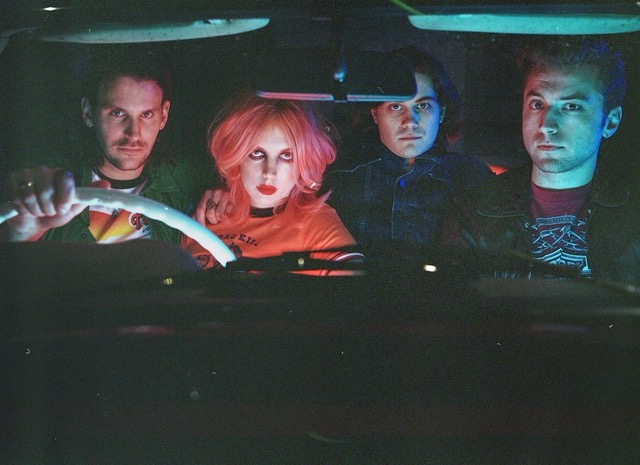 Firstly huge well done on the album, I’ve been listening to it a lot it’s really good – I’m interested to know what the visual influences behind it were?

So I wanted to make something that harks back to old school, Playboy, like Penthouse film magazines, all like a kind of lens that’s looking at women as objects, and take this idea of objectification and repurpose it for women and for the female gaze, so I made all the artwork with these beautiful women but made it more about them being the villains or the protagonists or empowered, and that for me feels really fun and liberating.

I love it, the Believer video was really cool – where was that filmed?

In the Tabernas desert in the south of Spain, it’s basically this place that is like a Spaghetti Western town where they shot all the Spaghetti Westerns in the 60s so they have all of the sets from all of the old cowboy movies, and you can basically just go there as a punter and buy tickets to the theme parks, whereas we just turned up with a camera and just started filming

So this is your first album since 2018, did you record it during the lockdown?

We actually finished recording it in January 2020 and got it mixed in February or March, so we landed it on the absolute end before lockdown, so glad because, god, I think it would have really reframed the tone of what we made, because we got to all be together and it was really fun, some of my last memories before lockdown is just us like having a massive laugh and dicking about and that just feels quite special, just all really fun memories we have of that time 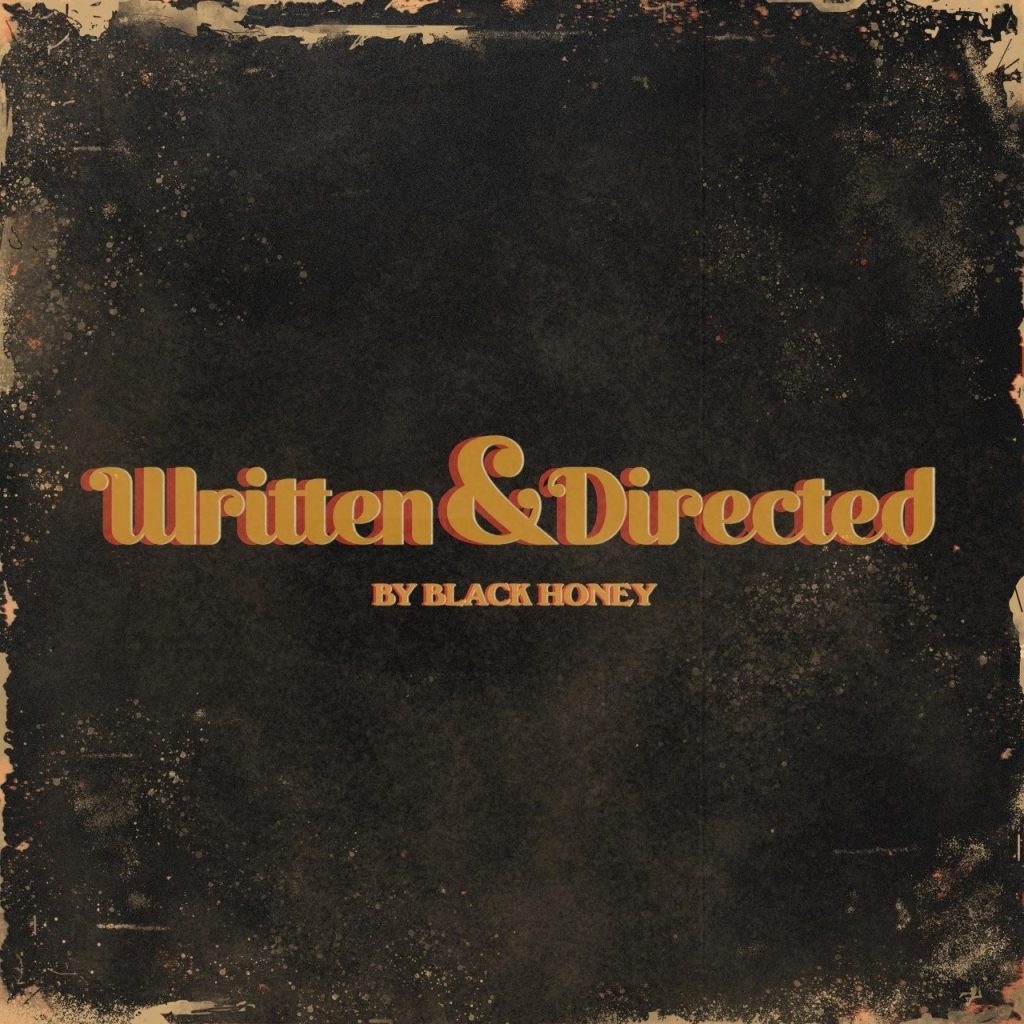 And was this before your new drummer Alex joined?

So basically he joined technically in October, we started rehearsing with him in October 2019, we didn’t announce that we were getting a new drummer or that Tom was leaving until the Of Monsters And Men tour that we did in the middle of the album, so he joined and then Tom did the tour and Tom did the drums on the record, and then Alex came into the studio whilst we were making the record so we had like two drummers with us, so Alex is on the record but not on all the drum tracks

Okay sick, so you’ve announced your headline tour as well, you must be really excited to get back to playing finally?

Yeah I mean it doesn’t feel real yet, but maybe when we’re back in the studio rehearsing and listening to ourselves I think then I’ll be like yeah this is real

Which tracks are you most excited to do live?

I think I Like The Way You Die and Disinfect will be a good mosh, like I think I’m gonna cry the first time I see a moshpit

Any festivals this year?

We have got some pencilled in but we’re tight-lipped on announcing yet, but hopefully, we can dream!

So Why Generation? is a DIY print magazine, as an independent artist how important are these outlets?

It’s weird cause I grew up in a time where the physical format was the way that you consumed like I was on the edge of MP3 and iTunes, but even still zines fully lived, I literally bought copies of the NME until I was like in my 20s, and now it’s almost like the highest way you can regard someone’s work is buying it in physical so if you have the opportunity to support art in terms of print media then you should. And I think if you have a nice cup of coffee and sit down with some paper it’s really great

It’s so great and authentic, which kind of leads me on to my next question. I wanted to ask about the vinyl, I know you’ve worked with Craig Evans (Flying Vinyl + Blood Records), the new record he’s made for you is so cool; what was the process like getting that all together?

To be honest working with Craig is so easy cause he’s just like a ninja at doing stuff, I literally told him ‘yes,’ he suggested doing the zoetrope with photos, I was unsure, so then we pitched the idea to the zoetrope designer who smashed it. We did two different tweaks on the first design which was just like ‘put two of these colours in, space it out a bit’ and that was all we had to do, and it was amazing. The pictures are stills from the Run For Cover video, but basically, there’s a stripe we use on all of the album aesthetic, you know that kind of like 70s rainbow, so we added that in but Craig separated it between each of the visuals and also added the logos in different places

So I don’t work for them anymore, I used to be their Creative Director for three years, but Craig and I still work on a lot of stuff together he’s a really good mate of mine

Let’s talk about the lyrics to the album; any specific themes or influences?

Well, I definitely wanted it to be an honest portrait of the experience of a woman that was uncensored, and I also wanted it to have a feeling of empowerment and I think I did that on the song Fire where I was quite literal. Just the kind of shit all women have been saying on the internet or whatever for years, so yeah Fire is the most literal one where I feel like some of the others are quite introspective and more detailed. I’m not very good at making generalisations so weirdly feel quite proud of some of the ones that are broader.

"ladylike can go fuck itself"

Do you mind when people describe Black Honey as a female-fronted band?

I honestly don’t care, like of all of the ways that people could insult me being described as female-fronted is literally the last that I care about. I just find it really funny cause it’s such a basic bitch way of describing stuff, I dunno I just like to poke fun at stuff. I did a post once like ‘ladylike can go fuck itself’. I personally don’t give a shit about people not thinking I’m ladylike, like I literally don’t care but a lot of women do feel the pressure of having to be ladylike, and I think it’s important to acknowledge that. Just cause I don’t care about loads of shit other people care about, it doesn’t mean I can’t be a voice for them.

You did a great festival mock-up of a fully representative lineup, do you think there’s a problem with a lack of representation on festival stages?

There is a severe lack of intersectional representation on stages, and I think the thing we’re learning is that even just listening is totally ingrained in misogyny. Like I didn’t listen to any trans artists until I was literally putting this mockup together, and I was like who are the trans women? And like, if you want to make a difference in culture we need to start with the way that we consume culture, so I think it was good to look at the way that I was holding values or whatever. There’s a lot of great women out there, the girls are just fucking bringing it hard, and this time women are bringing it so hard but we’re all raising each other up as well. I was always really stressed out that I was threatening women and threatening everyone, but now I’m like this is sick cause I wanna raise everyone up, and they wanna raise me up as well, and that’s awesome. 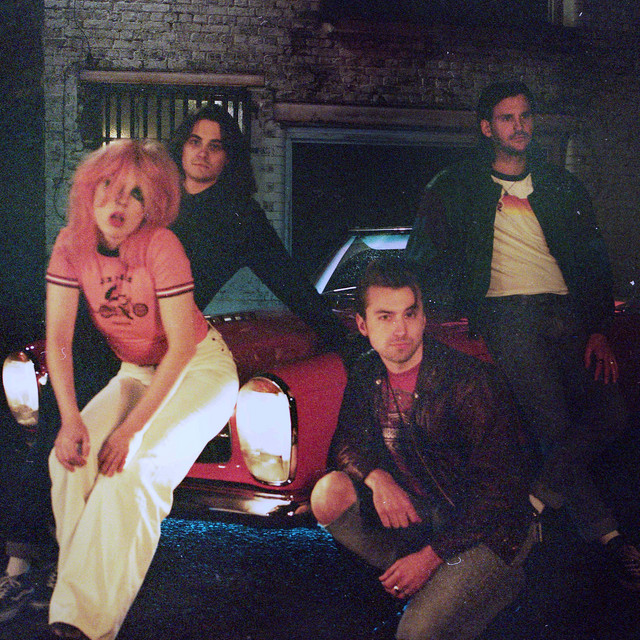 Who are you listening to at the minute?

Any artists who influenced the album?

Yeah I love Lou Reed, 70s New York Blondie, Nancy Sinatra, I love old school rock’n’roll like Queens Of The Stone Age, Nirvana was a big one, and then like 60s psych, there’s a Beatles undertone to what I like to make

What track are you proudest of on the album?

It kinda switches but I definitely like I Do It To Myself, I feel like I very much unveiled something quite honest in myself in that song and listening back to it later almost felt like an out of body experience, like I was meeting myself again for the first time, it’s so surreal that music can do that

How do you think your sound has evolved?

Well, the thing is when we started we were always a heavy rock band like psych-rockers, so when we made the first album it was us taking a considerate effort to go more pop, so this is almost us going back to our roots, in terms of going heavier, and it’s like what is the square root of Black Honey? Let’s do that, and do it on steroids

The latest album from Black Honey, Written and Directed, is out now. https://blackhoney.ffm.to/writtenanddirected

Interview conducted and written up by Sahera Walker.